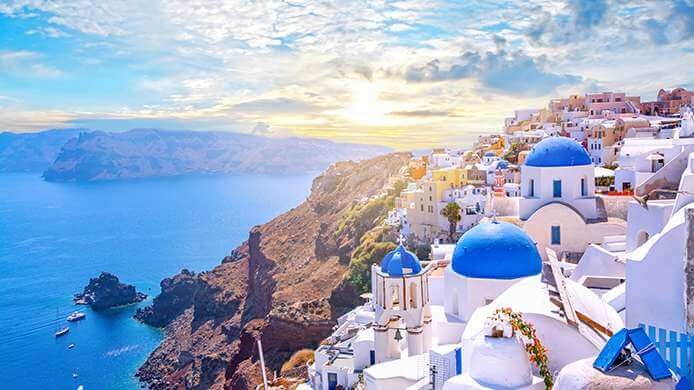 Greece yacht charter 2022: the best way to spend your summer.

Are you prepared to live your dream? Charter a yacht in Greece with Exclusive Gulets in 2022 and sail the iridescent waters of one of the world's most beautiful locales.

Greece is an unrivaled vacation spot that everyone want to visit. Greece is recognized for its spectacular sights, from sweeping coastal views to the quiet serenity of its various islands, as well as the warm welcome of its people.

We encourage you to leave your everyday troubles and anxieties behind as you set sail from Athens and watch the wonderful clusters of Greek islands unfurl before your eyes.

Where will your yacht charter in Greece take you?

Nothing beats floating through the beautiful Mediterranean waters along the pristine white beaches of Greece on a luxury yacht. Explore iconic locations or go for something a little further off the beaten path.

The Greek islands have historically been divided into clusters. In this post, we will look at the Argo-Saronic Islands in the Saronic Gulf near Athens, as well as the Cyclades, a vast group of islands occupying the central part of the Aegean Sea.

The Saronic Islands (or Argo-Saronic Islands) of Greece are located in the Aegean's Saronic Gulf, just off the mainland and Peloponnese peninsula. The east coast of the Peloponnese, as well as the islands that dot the waters of the Argolic and Saronic Gulfs, are popular tourist attractions.

The Peloponnese is a peninsula in southern Greece with several famous archaeological sites, seaside resorts, beautiful beaches, castles, and ski resorts. The Isthmus of Corinth, where the Corinth Canal was built in 1893, connects this southernmost region of the country to the mainland.

When you charter a yacht from Athens to the Argo-Saronic Islands, your final itinerary will be determined by the captain based on your preferences and, of course, the weather conditions.

Poros, Spetses, Hydra, Agistri, and Aegina are five of the most popular boat charter destinations in these waters.

Poros is a town built on two hills in the shape of an amphitheatre. The ingredients of this quiet, yet cosmopolitan destination that attracts visitors of all ages are lush pine tree vegetation, crystal clear beaches, and a lively waterfront filled with shops, cosy cafes, and restaurants. Grand traditional mansions and quaint cobblestone streets, as well as a wide range of entertainment venues, can be found in the picturesque capital, which has been designated as a protected settlement.

The cosmopolitan Spetses Island is located in the Argo-Saronic Gulf to the southeast. The Venetians named it "isola di spezzie," which translates as "island of scents." The island is steeped in history, having played a significant role in the Greek Revolution of 1821.

Hydra rose to international prominence in 1957, when the film "Boy on a Dolphin," starring Sophia Loren, was shot on the island. It is a popular destination for the artistic, wealthy, and stylish. It is second only to Mykonos in terms of jet-set repute.

Agistri Island is only a short distance from Athens and one hour from the port of Piraeus. The little yet picturesque island has a lot to offer. It is, in fact, one of the least developed Greek islands. The main attractions are azure seas, pine trees, and rich flora where many bird species find sanctuary.

Aegina, Greece, is well-known for its abundant supply of colourful pistachios. It is located in a location that is densely forested with olive and pine trees, with a view of the deep blue Mediterranean Sea.

Absorb the magnificence of the Cyclades Islands

Along this sailing journey between Athens and the Cyclades Islands, five islands stand out the most: Syros Island, Mykonos, Paros, Serifos, and Kythnos.

Syros is described by CNN Traveller as the Greek Islands' quiet curveball. Visit Greece agrees. Ermoupolis, the island's capital, will take your breath away with its legendary architecture, small alleys, and countless marble steps up to St. George Cathedral. The abundance of magnificent beaches, interspersed with neoclassical homes and bright orchards, will thrill sea and beach enthusiasts. Syros is also well-known for its gastronomic specialities, and this will undoubtedly satisfy even the most refined palate.

Mykonos is the Mediterranean's dazzling star and one of the most popular tourist destinations. This is a must-see Cycladic island. When visiting this "international community," one gets the distinct impression that everything and everyone is in Mykonos.

Paros is located west of Naxos, separated by an eight-kilometer-wide channel. Paros, located in the center of the Cyclades, is one of the most popular tourist destinations in Greece, with unbeatable natural beauty, beaches with crystal blue waters, unrivaled Byzantine trails connecting historic settlements, and beautiful vistas.

Serifos Island has a distinct character. This island emanates tranquility and speaks directly to your senses. Serifos, despite its arid and harsh terrain characteristics, is beautifully engulfed by the deep blue colors of the Aegean Sea and boasts some magnificent beaches.

Finally, Kythnos – also known as "Thermia" because of its thermal springs – is one of the Cyclades' lesser-visited islands. It is unquestionably the ideal location for thermal tourism. Loutra has a contemporary spa facility as well as two hot spring. Since ancient times, the spring of Aioi Anargyroi, located within the amenities, and the nearby spring of Caucasus have been known for their therapeutic benefits. Kolona, where a lane of sand connects the islet of Agios Loukas to Kythnos, is the most magnificent of the island's 65 sandy beaches. The traditional Cycladic style may be found in the villages, which have cobblestone narrow streets, white buildings, squares, chapels, and windmills. On the route to Katafyki cave, follow the roads that connect the settlements and sample apricots and wild mulberries. Katafyki Cave, one of Greece's largest caves with stunning stalactites and stalagmites, is located here.

As you watch the breathtaking beauty of Greece unfold before your eyes, you will be awestruck. The sunsets and sunrises are some of the most beautiful you will ever see.

Consider Greece for your next holiday, whether it's for the private charter yacht experience or the stunning Greek coastline. It'll leave an indelible impression.

Create your own experience

Create your own experience!

Perfect location and the perfect yacht for your ultimate charter experience. There is no better way than chartering a luxury gulet or yacht to see more of the world. With two third of the Earth covered in water, there is always a new exciting destination to explore and a different shoreline to discover.​