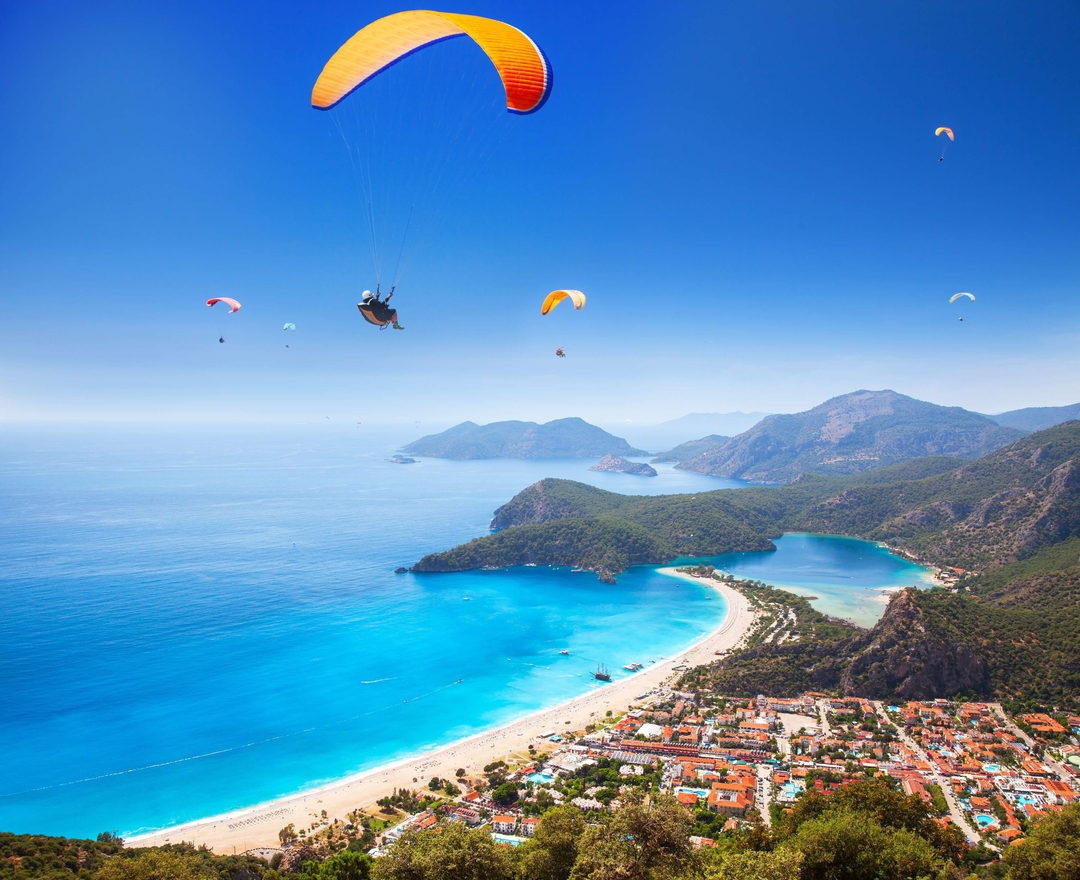 Discerning travellers are drawn to the diverse experiences of a gulet cruise along the Gulf of Fethiye.

The southwestern coast of the Aegean region is a marvel of delights with each bay, cove and islet showing off its own unique beauty. The Gulf of Fethiye is no exception.

Gulet charter and yacht holidays are synonymous with this area. The natural harbor of Fethiye is known as one of the best in this part of the Mediterranean with its modern harbor and marina. Fethiye is a city and district of the Mugla province. It lays on the eastern shores of the gulf, shielded by the pine-clad Taurus mountain range. The energy of the town is palpable with its upmarket bars and restaurants. At the same time, the town manages to retain the feeling of a local seaside Turkish village with quaint shops and cafes. 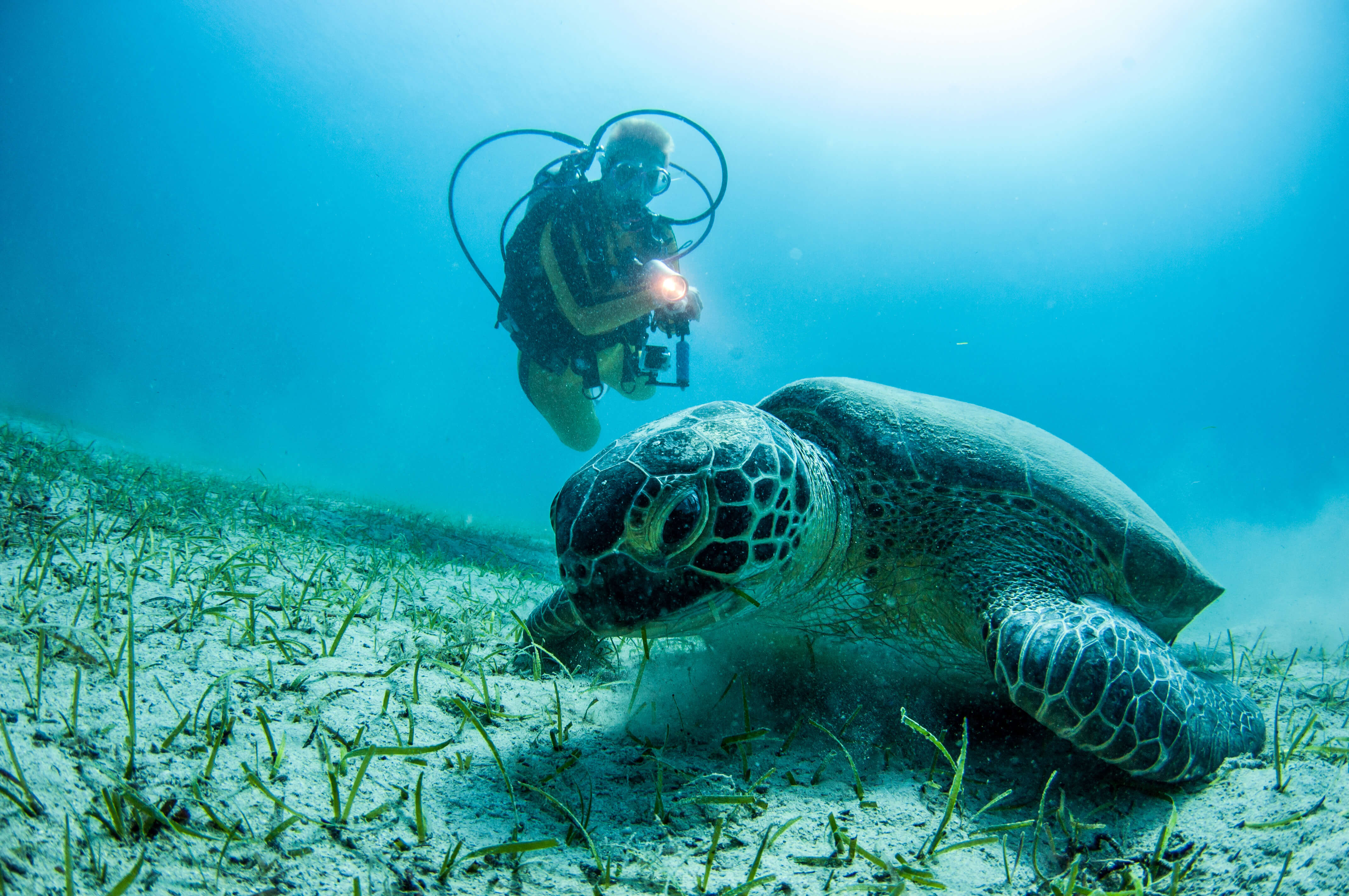 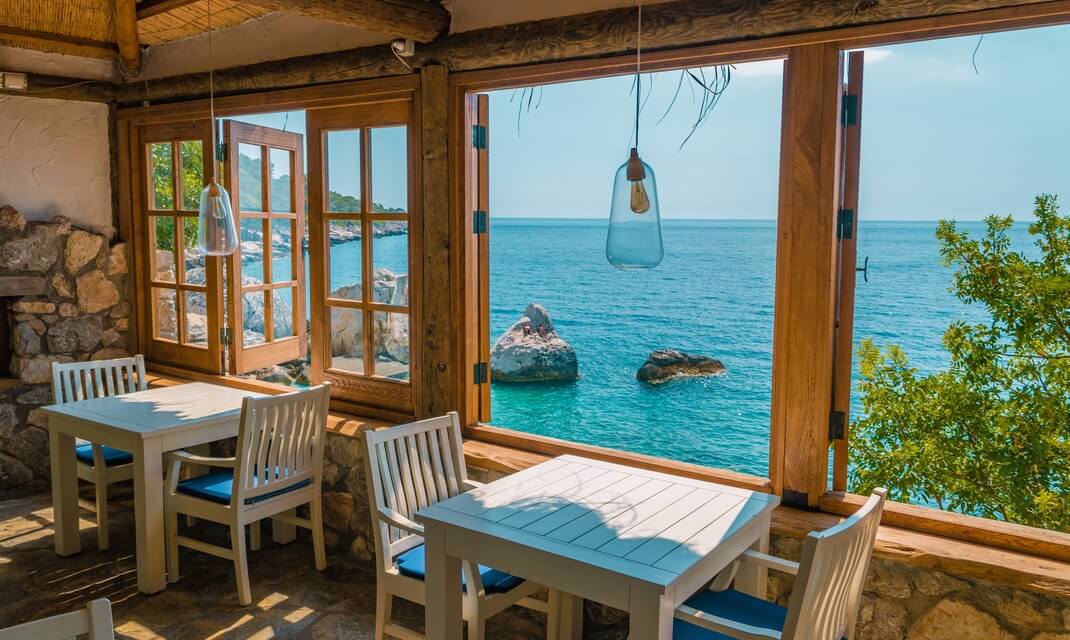 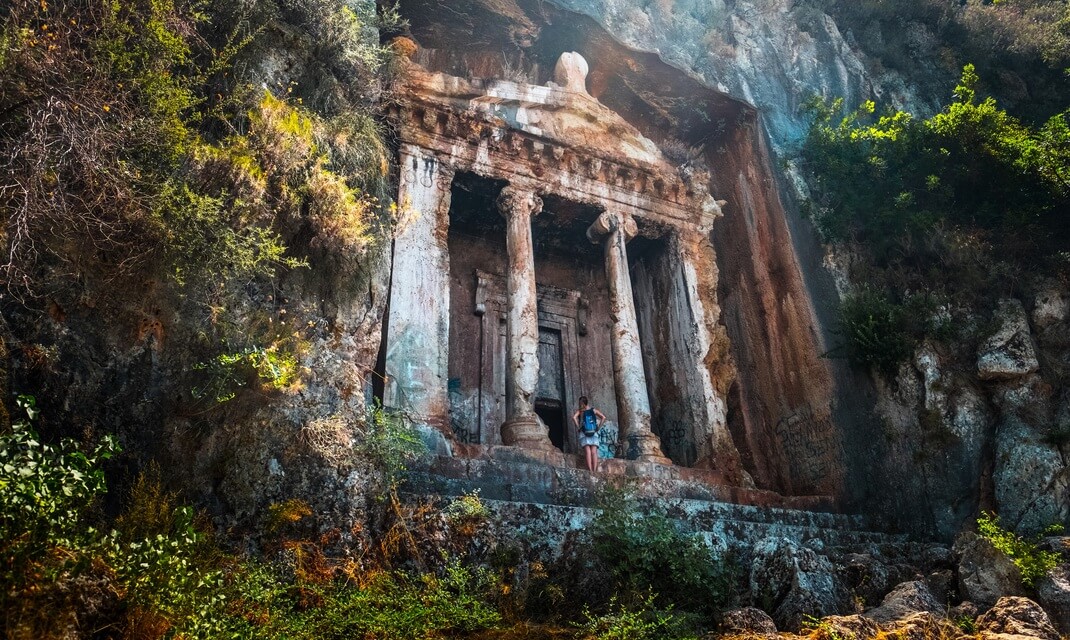 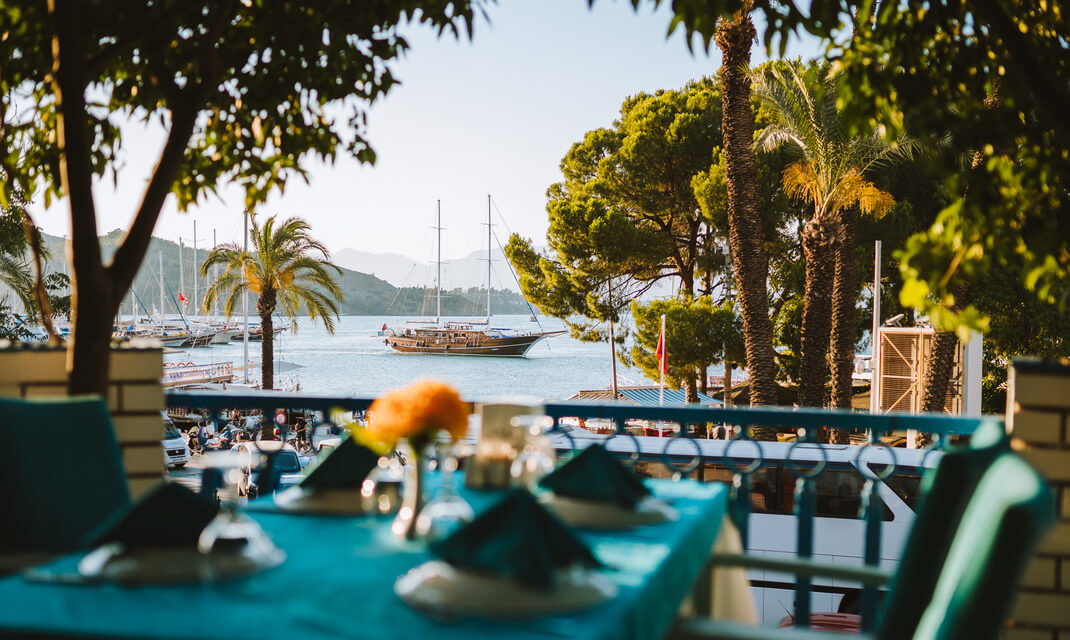 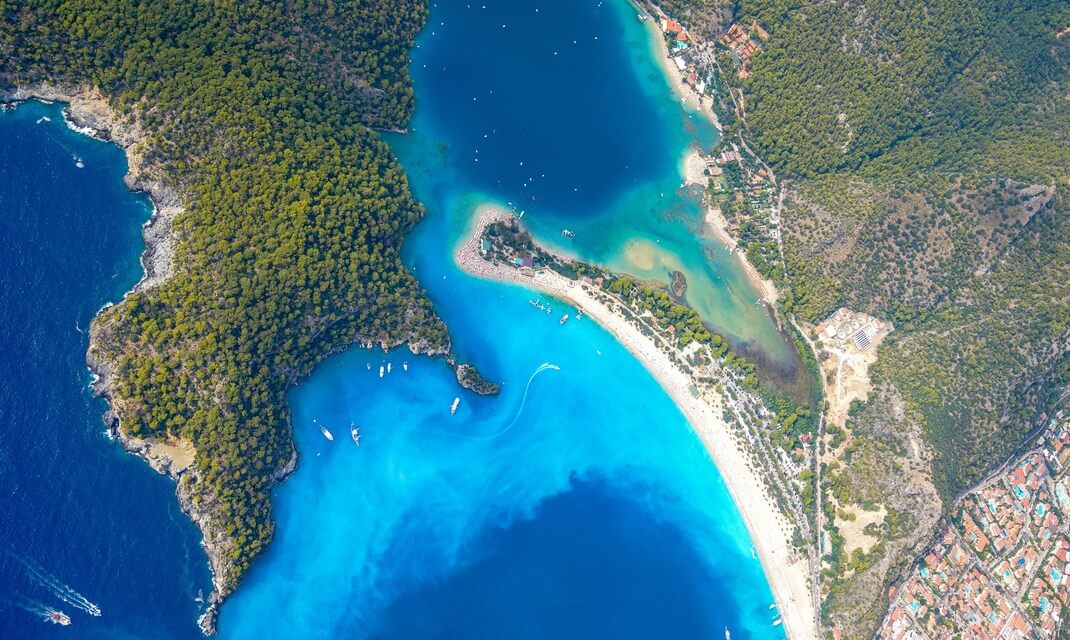 The Gulf of Fethiye is one of Turkey’s signature blue voyages as this stretch of coastline is mostly accessible only by boat. Turkey’s Aegean coast is actually known as the birthplace of the blue cruise, which in essence is a sailing vacation on a gulet charter.

The Aegean Sea meets up with the Mediterranean and is flanked by the Greek and Anatolian (Turkish) peninsulas. Turkey is a transcontinental country situated mainly on the Anatolian peninsula in Western Asia. The smaller portion is on the Balkan peninsula in southeastern Europe.

The Gulf of Fethiye was formerly known as the Gulf of Telmessos after the ancient city of Telmessos on which modern Fethiye now sits. The city was renamed Fethiye in 1934 in honor of one of the first pilots who died while attempting to complete the first flight from Istanbul to Cairo.

Here are 3 of the top attractions to visit when cruising on your yacht holiday in the Gulf of Fethiye:

Butterfly Valley is a real gem of the Turkish Riviera. This piece of paradise was declared a natural protected area in 1995 and is home to approximately 100 species of butterflies. Deemed as one of Fethiye's most beautiful places, this secluded bay is only accessible by boat. The azure water off-set by the lush greenery, an iridescent pebble beach invites you to lap up this lifetime experience on your gulet charter.

Ӧlüdeniz is home to the exquisite Blue Lagoon. Separated by a sand bar and narrow channel, the lagoon is one of the most photographed attractions with its spectacular shallow waters of turquoise and aquamarine. Ӧlüdeniz is also one of the best places in the world to paraglide, thanks to its stable weather conditions and panoramic views.

Turkey is of the top beach and yacht holiday destinations in the world. It is a luxury gulet charter's paradise with an endless coastline of the most captivating beaches, natural wonders, and historic remains. One of its prime attractions is Iztuzu Beach, Dalyan, between the districts of Fethiye and Marmaris. Travelers will be in awe of this proclaimed conservation area which is a breeding ground and nesting area for the endangered Loggerhead sea turtles – a species which has existed for over 45 million years. The white sandy beach runs for 6km and forms a natural barrier between the fresh-water delta of the Daylan River and the Mediterranean. Nearby to Turtle Beach are the Temple Tombs where the ancient Lycian tombs were made by cutting into the rock of the sheer cliffs during the 4th century BC.

The Gulf of Fethiye is indeed home to unique beauty and unparalleled landscapes that is best experienced by gulet charter.

If you would like to make it a perfect yacht holiday, Exclusive Gulets is the gulet charter company to contact. Let your wanderlust set sail on the shimmering Turquoise Coast, and speak to the crew today. We are waiting for your call to book your summer 2021 yacht holiday.

Discover secret locations around the world

Mystery of the east fuses with western flair

An exciting exploration of both historical tradition and spirited adventure in one harmony.